LOMW, 16/10/13, Hannah from Snow Ghosts replies to my Facebook message! “I’d love to have a long distance Q&A for LOMW, but maybe you should ask our label first!” And I did that. And we are here today!

LOMW: Welcome on LOMW, Snow Ghosts! Could you please introduce yourselves and tell us from where exactly are you answering this Q&A right now?
SG: Hello. Snow Ghosts is made up of Ross Tones, Hannah Cartwright, and (most our recent addition) Oli Knowles. Right now I am in a bar in Soho, London.


LOMW: Your debut album is out since July, but how did this band start and what did you have to do or maybe sacrifice in order to reach the point you are now?
SG: The band started after Ross and I met in London. I had only recently moved here but we quickly discovered that we shared a fascination for the darker side of English language and folklore. We became friends and started working together on various musical projects, despite both coming from quite different musical backgrounds. We released our first EP, ‘Lost at Sea’ through Black Acre Records; this gave us the opportunity to develop our sound for the release of the album with Houndstooth Records. Oli joined us this year and has added a whole new dimension to the band.
I wouldn’t ever consider anything to do with this project as a sacrifice. If anything, it provides us with experiences we could never hope to find anywhere else. For example: we have just spent a week writing the next album, recording parts in an abandoned 14th Century Chapel. 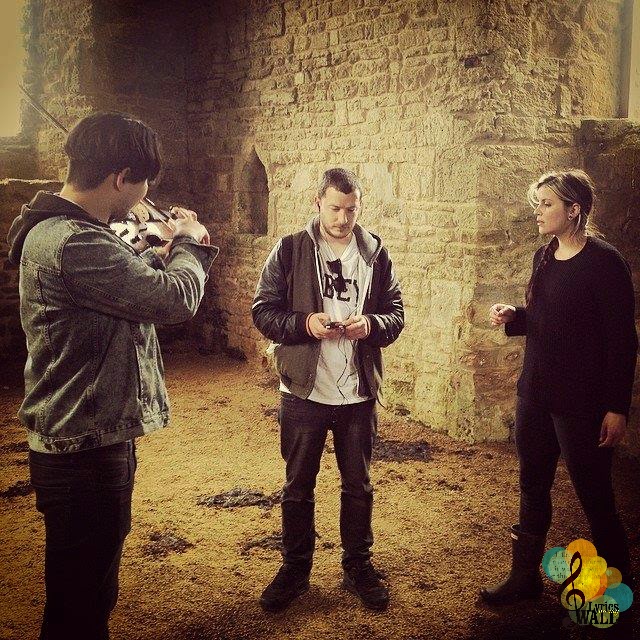 LOMW: Hannah told me she is new in this area and I had to ask “Houndstooth” the label for the Q&A. How helpful do you think a record label can be for artists like you?
SG: I think it allows you the space to concentrate and indulge in the music that you want to make, as they can help with the practical sides of releasing and promoting an album. Ross has released on several labels and owns labels of himself…so he is probably a little more qualified to answer. As I said, it is all new to me.

LOMW: Many talented people found their way to become popular by playing a cover from a famous song on YouTube or other platforms. If I asked you to cover a song, which one would be and why?
SG: I’m not saying this is something that we would never do, but I think that the writing and producing process is the most enjoyable aspect for us, so I find this a really difficult question.
We did have to perform a cover once when we played on BBC Radio 2…but they insisted it was something from their playlist, which was rather limiting. We ended up doing a version of a Bob Dylan song, as the show was on my Mum’s 60th birthday, and I dedicated it to her. It is nothing like our normal music. http://www.youtube.com/watch?v=Uhk4lNhsmLg


LOMW: Do you believe that without social network the music industry would be the same?
SG: It was a different place before it…that is for sure…so yes, I think it would be very different.

LOMW: Your music videos have that dark feeling such as your songs. Have you ever written an up-lifting song? And from where do you get inspired?
SG: Individually, we have written uplifting music, but when we write together, it always sways towards our darker material. I strongly believe there is more beauty in darkness…and I’m quite happy to stay there… and keep Ross and Oli there with me to explore it.

LOMW: What are your plans for the future? Tours, gigs maybe another album?
SG: We are in the process of writing and producing our next release, after a week writing in a cottage in Dorset, UK. We will definitely be looking to tour, and we would love to come to Greece. 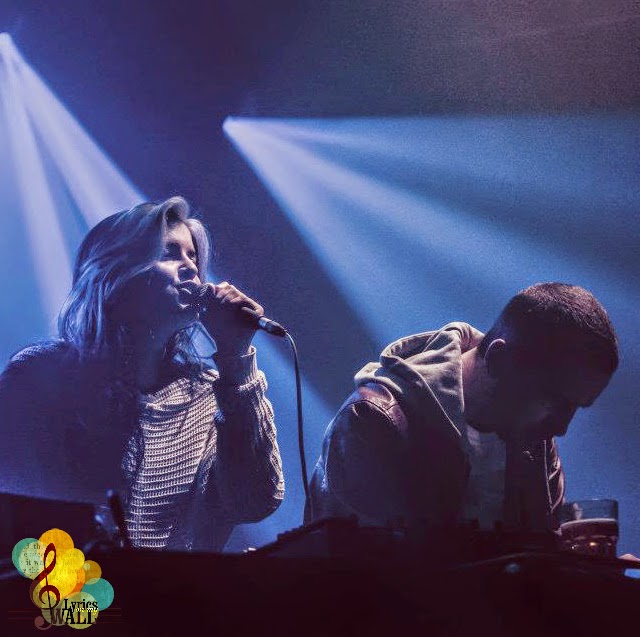 LOMW: Thank you for being here with us Snow Ghosts! I wish you to stay as good as you are and have a big evolution in music! LOMW will be here to support artists like you!