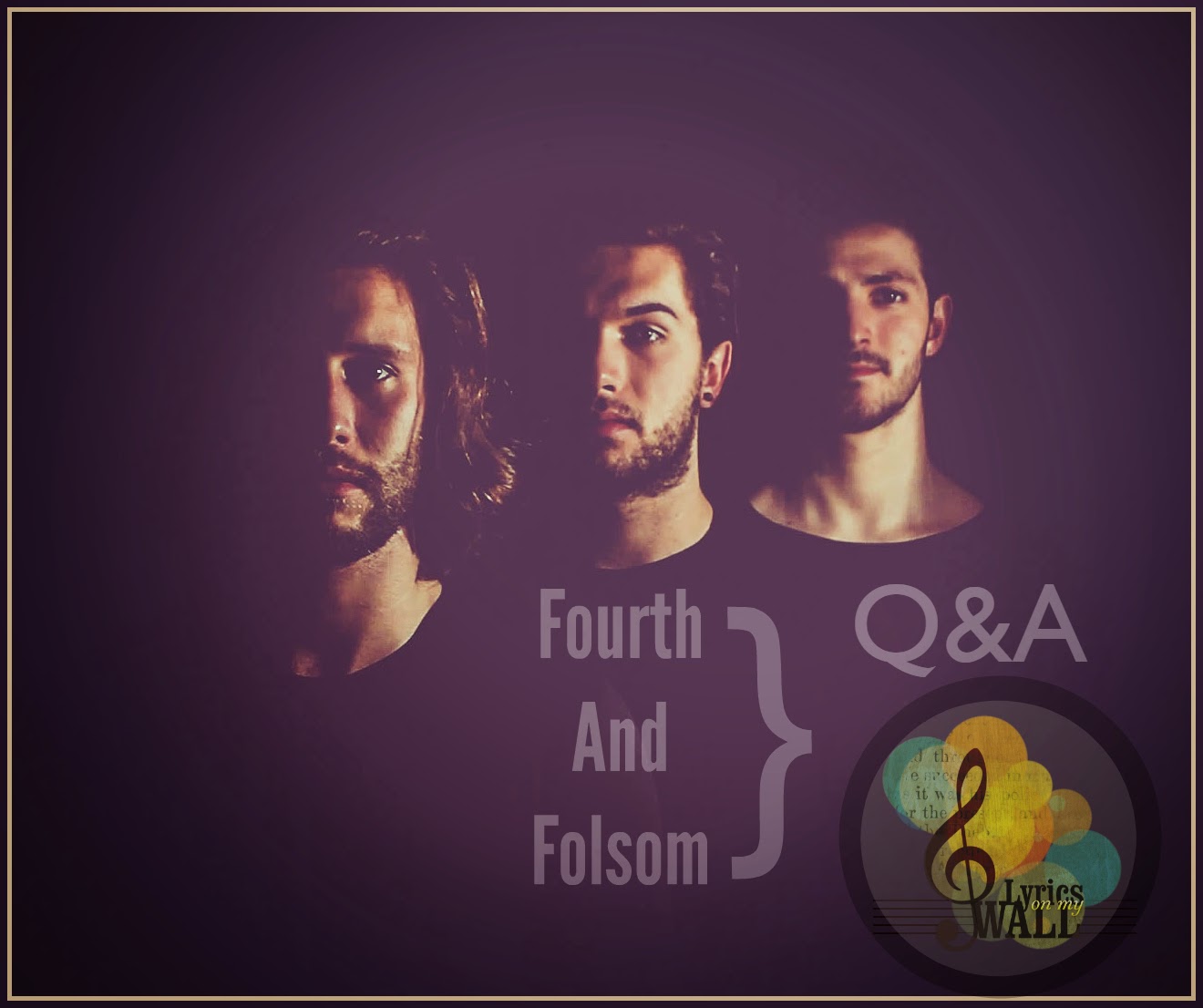 It’s extremely surprising when you ask a band for a Q&A and the answer comes back right away. This is what happened today with Jamie from Fourth and Folsom.
LOMW: Welcome on Lyrics On My Wall! Thank you for the fast response about this interview. Could please tell us who you are and from where exactly are you answering this Q&A?
F&F: Hi, I’m Jamie from Fourth and Folsom, I’m one of two multi-instumentalists in the band, and currently answering this from our studio outside of London at the moment.

LOMW: While I was trying to find more about you, I’ve noticed that there are not many things online, but there are many people who find your music unique. How have you done this?
F&F: Well, we’ve always been a bit apprehensive about putting music out there, and as a result only ended up with a couple of singles over the past year that have stuck. We’ve gigged London extensively to get our music out there by word of mouth really.
LOMW: On Facebook, you state that you are unsigned. How easy it is to work without a label? What are the pros and cons?
F&F: Yes we’re unsigned at the moment in terms of a record label. Over the past year we’ve been working a lot harder by ourselves, as in 2013 we were signed to an independent label in south east London that we dropped early last year. It is a lot harder to work without a label but it definitely is beneficial to small bands, as it stops you from taking the pressure off! In December we signed to Playground PR who are handling all of our releases this year, including our album release, so now we have a little bit of help which is nice.
LOMW: What inspires you to write your music and lyrics? Do you have the instinct when you write something that is going to be big?
F&F: We’re inspired to write about all matter of things, as there’s three of us in the band who are songwriters. So the lyrical content is really varied as we all have different inspirations and styles. We enjoy writing the kind of music that we like to go and see live, so it’s easy to see our influences in our songs and live set at times. We never really know which of our songs are going to be popular until we play them live though.
LOMW: If someone asked you, what’s the best act in music scene right now, what would you suggest and why?

F&F: Thats a really hard question. Obviously because there are so many good acts out there at the moment. Our favourite live band we’ve ever seen all together, and definitely my personal favourite band, is Local Natives. They have an absolutely ridiculous live set that is near identical to their recordings, which is so impressive considering the playing on them! We take a lot of influence from them as a band and would love to see them play live again, they’re hardly ever in London though. Or The Districts. We’ve got mutual friends with them and they’re just incredible for their age, they’re signed to Fat Possum records and they’re all 19 or 20 I think.
LOMW: The UK is a music leader across the globe, what’s that –in your opinion- that makes this place different in such way?

F&F: I think the UK is one of the leaders because we have so many cities that are so embedded in musical culture. We have a lot of cities have churned out bands that have dominated the Globe. Liverpool gave The Beatles, Manchester gave the Stone Roses, London gave Led Zeppelin. List goes on really! We love America though, we’ve spent time recording in Philadelphia with two amazing producers Gino Wong and Tim Motzer, and the music scenes in the US are incredible as well. Will definitely be making a trip over as soon as we can.
LOMW: What should your fans expect from Fourth and Folsom in the future?
F&F: Fans should expect our next release, which is our first single of the year ‘Golden Dunes’ on March 30th. But in the future, they should expect a lot of live shows, sessions and the like running up to our debut album release later this year!

LOMW: Thank you so much for being here and support with your own way our effort on Lyrics On My Wall, which is always to bring the good music to more ears. Keep on creating the best you can and LOMW will always be here to support you!

Email ThisBlogThis!Share to TwitterShare to FacebookShare to Pinterest
Labels: Fourth and Folsom, golden dunes, I won't fall lyrics, interview, lyrics on my wall